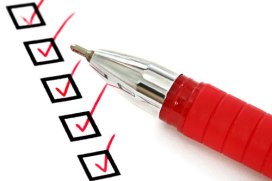 As I’ve been working on Step Eight I thought a lot about the process of making my written lists. I had previously thought of them as a huge to-do list, like a bride with hundreds of thank you notes to get out and check off. But my experience of making this list was different than that. I did make an initial list, and then thought more about people to add over the ensuing weeks. But I found that a name would float to the top of the list when Heavenly Father wanted me to pay attention to it. There was one I knew was important for me to think about, and an unexpected opportunity came for me to make amends. But another name, that wasn’t even on my initial list, came to my mind–names of people who were definitely on my “offended me” list, but I had to ponder for quite awhile and open myself up to a different perspective on the situation before I saw that I had amends to make, too. So now when I look at my list, I don’t think of it as a check list. Right now I see it as a pond with a lot of fish, and when it’s time for me to attend to someone, I expect the name will leap out like a fish after a fly.

When the time is right, Heavenly Father will direct me to the person or people I should be pondering, and I believe I will come to understand what I need to do. It’s interesting that I am instructed to make a list first of those who have injured me. That may not seem to fit with the “making amends” part of this, but it’s true that when I think about those hurts, I have an upsurge of whatever emotion accompanied the hurt–anger, jealousy, indignation at injustice, etc. The manual states:  “if we are still struggling with resentments or hurt feelings, we will find it difficult to make amends.” I have to be willing to admit my part in it, even if my part was relatively small, to be able to have my heart right and see clearly. In Elder Maxwell’s words “Recognition is a sacred moment.”

I appreciate this counsel: “Our Heavenly Father will help us recall the names of all those we need to include on our list, for His promise is that the Holy Ghost ‘will bring all things [to] our remembrance.’ We begin by identifying any relationship which causes us to feel discomfort or negative feelings.” I might have a short list when I try to remember who has offended me or I have offended, but when I started thinking of uncomfortable relationships it became much easier.

When I humbled myself and became completely honest about my part in these offenses, I felt freedom and relief. It was worth the sacrifice of my pride and indignation. And it didn’t matter whether other people accepted my amends, or admitted their part, or even were conscious of my efforts–I still felt the cleansing, healing power. In our group one of the members observed that other people’s apologies don’t heal us–God heals us. I invite that healing as I become ready to forgive and to seek forgiveness.

This is not an official page of The Church of Jesus Christ of Latter-day Saints.